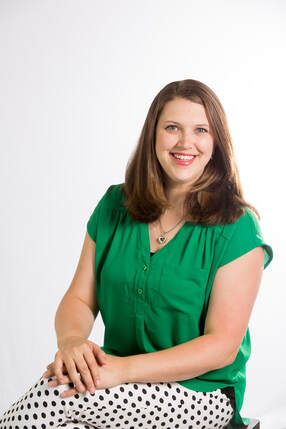 Heather Becker is in her ninth year as the Director of Bands at Hudson Middle
School. Mrs. Becker has consistently led the Wind Symphony to sweepstakes ratings at the UIL Concert & Sightreading Evaluation and has seen the entire program grow by 150%.  In 2019, she led the Symphonic Band to their first ever sweepstakes rating at the UIL Concert & Sightreading Evaluation.  They are the first Sub Non-Varsity band to earn this award in Garland ISD band history.  Mrs. Becker is the Camp Director of the GISD Middle School Summer Band Camp, has served as the lead teacher for the middle school band department in GISD, serves as the Secretary of Region 3 for the Texas Music Educators Association, and is the Fine Arts department chair for Hudson Middle School.  Mrs. Becker is active as a clinician in the DFW area and around the state.  She enjoys mentoring young teachers and is excited to help inspire the next generation of band directors.
Prior to her appointment at Hudson, Mrs. Becker taught for seven years at North Mesquite High School. At North Mesquite, she taught the Symphonic Band and assisted with the Wind Ensemble . Under her direction, the Symphonic Band attended the UIL Concert and Sight Reading Contest for the first time in 15 years and earned multiple Sweepstakes awards at UIL. The Symphonic Band also earned exclusively Superior Ratings at the Peak Music Festival Contest. In addition to her band directing duties at North Mesquite, Mrs. Becker taught all of the beginning woodwind classes at McDonald Middle School and served as the color guard coordinator at NMHS.
She is a 2007 graduate of Baylor University in Waco, TX and holds a Bachelors Degree in Music Education. At Baylor, Mrs. Becker served as Drum Major and Student Staff Assistant of the Golden Wave Marching Band.  Mrs. Becker performed with almost every instrumental ensemble at Baylor, including the Wind Ensemble under Dr. Eric Wilson and the Symphony Orchestra under Mr. Stephen Heyde. Mrs. Becker studied clarinet with Dr. Richard Shanley. From 2006-2007 Mrs. Becker also served as the Vice President of the College Student Section of the Texas Music Educators Association.
Mrs. Becker has two sons, Benjamin (10), and Andrew (7). They are the light of her life and her favorite job is being their mom. Her husband, David Becker, is a band director in the Richardson ISD. David and Heather enjoy bringing Ben and Andrew to band functions and are excited to eventually teach them an instrument! In her spare time, Mrs. Becker enjoys traveling, reading, listening to podcasts, and spending time with her family.
Professional affiliations include: Texas Music Educators Association and Texas Bandmasters Association 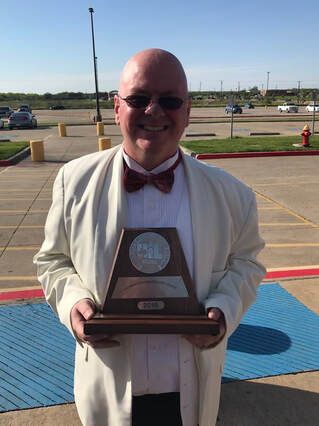 Dan Urban is in his 21st year as the Assistant Band Director at Hudson Middle School. He teaches the Honors Band, Symphonic Band, and all beginner brass classes. Before teaching at Hudson, Mr. Urban taught private tuba, euphonium, and trombone lessons to students in the Spring, Klein Oak, Lewisville, Richardson and Plano ISD’s, starting in 1990. He continues to teach privately and performs in ensembles in the Dallas area in addition to his teaching duties at Hudson.

Mr. Urban received his Bachelor of Music degree in Tuba Performance, from Rice University in Houston, Texas, in 1993. His teacher and greatest musical inspiration, is David Kirk, Principal Tuba, Houston Symphony. While there, he shared orchestral tuba responsibilities in the Shepherd School Symphony, under Larry Rachleff. He was also Principal Tuba of the Campanile Orchestra from 1990-1993, under David Colson. In addition, Mr. Urban gave many recitals featuring the world premieres of many 20th century solo tuba works by composition majors.

Mr. Urban continued his studies in Boston, Massachusetts, earning his Master of Music degree in Tuba Performance, with Honors, from the New England Conservatory of Music in 1995. His teacher was Chester Schmitz, Principal Tuba Boston Symphony and Boston Pops, retired. While there, he was Principal Tuba of the New England Conservatory Symphony and the Excalibur Brass, the music school’s top brass quintet. The Excalibur Brass was called upon to perform for such patrons as the Kennedy family, Harry Ellis Dickson, the Boston Museum of Art, the Gardner Museum and film composer John Williams. Mr. Urban was fortunate to be able to perform in orchestras under the direction of many world class conductors, such as Seiji Ozawa, Stanislav Skrowaczewski, and Simon Rattle. Mr. Urban also performed and recorded with the NEC Wind Ensemble under Frank Battisti and the Jordan Winds under Don Palma. He is proud of the CD recording featuring the music of Grainger, Zappa, Hindemith and Revueltas (Lincolnshire Posy, Dog Breath Variations, Symphony in B-flat and Homage to Garcia Lorca).
​
Mr. Urban is not a native Texan; he grew up and attended Mount Miguel High School in San Diego, California, where he was a three time All-State tuba player. Mr. Urban has two beautiful daughters, Katherine,18, a clarinetist and Elizabeth,16, a hornist. His wonderful wife, Pamelia, formerly of the President’s US Army Field Band, teaches private clarinet lessons to many students in the Plano and Wylie ISD’s. The Urban family lives in Wylie with their basset hound, Charlotte.
Garrett Tucker
Percussion Instructor - Sachse HS Percussion Director & Assistant Band Director
​Email Mr. Tucker 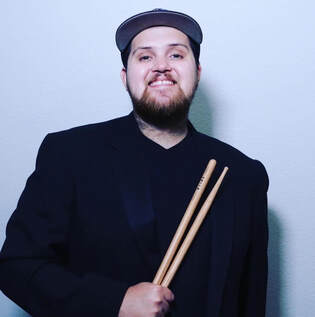 Mr. Tucker is in his 2nd year as the Director of Percussion Studies for the Sachse High School cluster. Prior to his appointment with GISD, Mr. Tucker has taught at Terrell ISD and was also the percussion paraprofessional for the Centennial High School cluster in Frisco, TX. Mr. Tucker has also taught at Richardson ISD, Crandall ISD, and Wylie ISD.
As a performer Mr. Tucker competed in the Drum Corps International World Championships with the Troopers Drum and Bugle Corps in 2014. He is also associated with the Sherman Symphony, DAAYO, and has performed as an artist for the Percussive Arts Society International Convention (PASIC).
Mr. Tucker received his Bachelor’s in Music Education from the University of North Texas where he was able to perform with the UNT Symphony Orchestra, Two O' Clock Steel Band, UNT Percussion Ensemble, Gamelan Ensemble, Afro-Cuban Ensemble, and served as principal percussionist for the UNT Wind Ensemble.
​Mr. Tucker enjoys binge watching TV shows, eating Tex-Mex, and playing music in his spare time.
Sue Manaois
Assistant Percussion Director - Sachse HS Assistant Percussion Director
​Email Mrs. Manaois 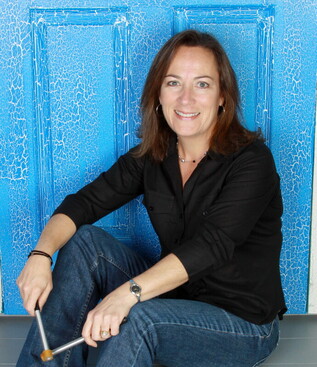 Mrs. Manaois is in her 2nd year at Sachse High School as the Assistant Percussion Director. After working as a professional musician for many years she went back to school and earned her Texas teaching certificate. She joined Sachse High School as the percussion Specialist for the Spring 2021 term.
When she first moved to the Dallas area Mrs. Manaois worked at the University of North Texas as a music librarian. After her boys, Zach and Ben, were born she decided to work exclusively as a freelance percussionist so she could devote more time to raising her kids. She has performed all over Texas, as well as travelling to Oklahoma, Louisiana, Delaware, Pennsylvania, New York, Taiwan and Vancouver, Canada playing Caribbean steel drum music. Mrs. Manaois continues to be an active performer playing Caribbean and orchestral percussion jobs in the DFW area.
Mrs. Manaois received a Bachelor of Music in percussion performance from the University of Delaware and a Master of Music in music history from Northern Illinois University. She also earned a Master of Arts in Library Science from Northern Illinois University. While living in the Chicago area Mrs. Manaois worked as a college librarian at Wheaton College, Columbia College Chicago and The College of DuPage and taught classes in world music and music appreciation at both Northern Illinois University and Waubonsee Community College. She also worked as a freelance musician playing Caribbean steel pan and orchestral percussion jobs in the Chicagoland area.
Mrs. Manaois grew up in New Jersey in the Philadelphia area. She and her family currently live in Plano with their dog Simon. She loves to travel and has travelled extensively both internationally and within the US. Her hobbies include cooking, gardening, and attending live music performances and she loves spending time at the beach with friends and family.
This website is maintained by the Hudson Middle School Booster Club and is not part of Hudson Middle School or the Garland Independent School District.  Neither Hudson Middle School or Garland ISD are responsible for the content of this website or the content of links external to this website.
Proudly powered by Weebly